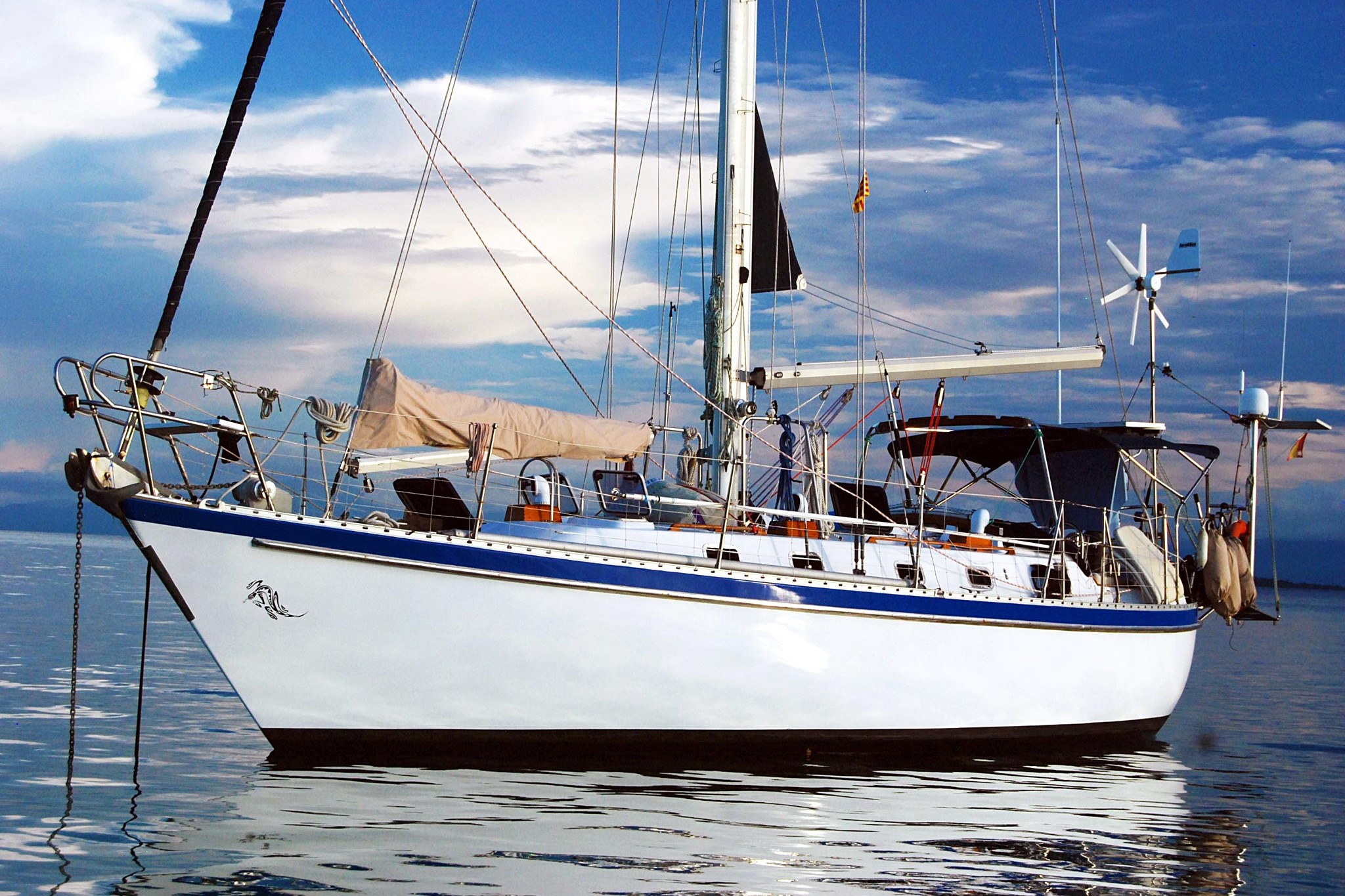 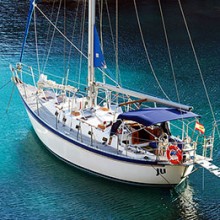 Our sailboat Ju´s story, begins in January 2009 when after looking at, and sailng on, many yachts that were for sale, Judith and I found a 42 foot Tayana in Palma de Mallorca. We fell in love with her from the very first moment. It was above our budget, but if the boat was what it seemed to be, we were prepared to make a special effort to have her.

I asked a friend, an aero-naval engineer with ample sailing experience to accompany me to try out the boat: I needed a second opinión to be sure that the love at first sight Judith and I had felt for the boat was not a mistake. My friend, Cesar, backed us up. Thanks Cesar.

The negotiation wasn´t easy, because the boat, even though it was 20 years old was in perfect condition, and there wasn´t a lot of bargaining to do. The conversation I had with the owner, Johana,…… I still feel emotional when I remember it…… I told her about our dream, still without clear dates of putting it in progress, which meant preparing the boat to sail around the world, that I would like to change the name of the boat, that was called “ Jo Dieberg” (City Of JO) to that of Ju the nickname of my wife Judith, and that it would be a present of which she was unaware….. without being able to finish explaining all our projects to her, Johana, the boat´s owner burst into unrestrained tears. The broker and I froze on the spot! I asked Johana if I had said anything to offend her, to which she replied:

-No, no you haven´t said anything to offend me…it´s just as if you were telling our own story, my husband´s and mine.

She and her husband, Manfred, who had died just a year ago, had also wanted to sail around the world. The boat was called Jo, as a shortened form of her name Johana, and it too had been a surprise that her husband had given the boat her name……

Two days later, after having decided on the purchase of the yacht, Johana turned up at the boat with her daughter, her grand-daughter and a photo of Manfred ,in her hands and with tears in her eyes, she asked us to please carry her husband with us on our trip around the world, so that in a symbolic way his dream could also be fulfilled.. Since that moment, the photo of Manfred comes with us on board JU everywhere we go.